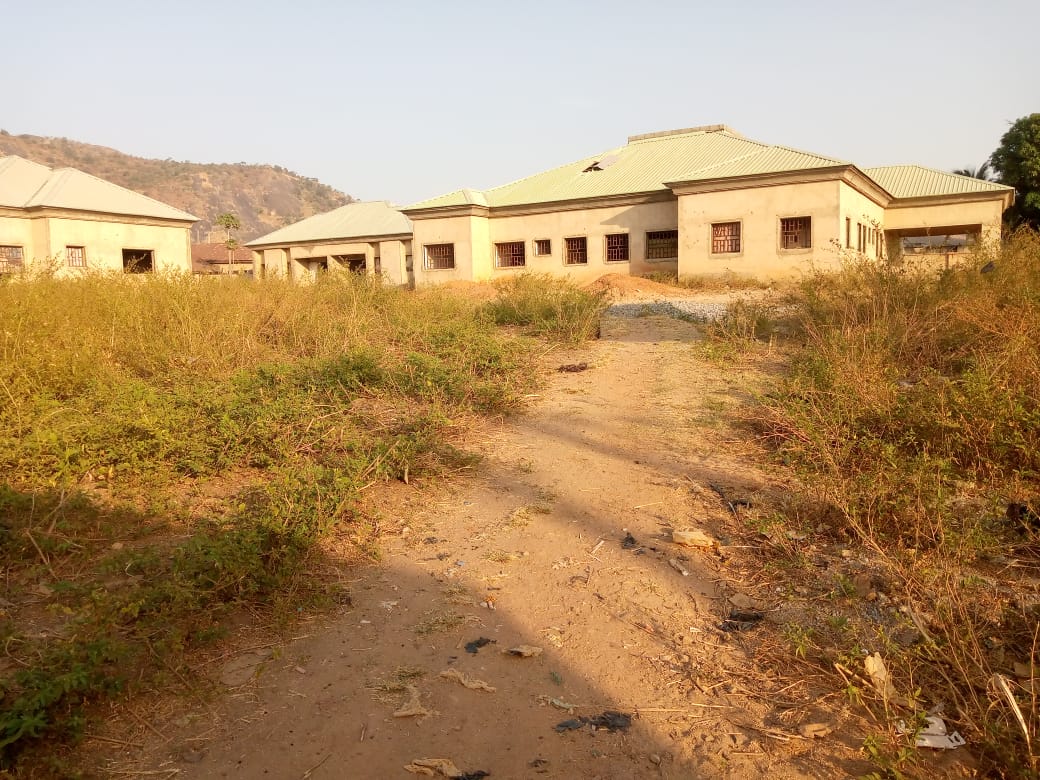 The hope of Dutse Alhaji residents having a primary healthcare hospital has been dashed as a multi-million Naira hospital project in their area has since been abandoned.

The project located at Zone 6, the old vigilante office in Dutse Alhaji area of Bwari Area Council in Federal Capital Territory Abuja, is now been occupied by water vendors who have turned it into their personal abode.

When MAWA Foundation visited the construction site, there was no worker seen while the place has been overtaken by grasses.

Mr. Musa Ibrahim who is one of the water vendors told MAWA officials that they have been living in the abandoned hospital for over two years.

Asked if he knows that where he lives is meant to be a hospital, he said no, but said he is aware that it is government property and that is one way to benefit from the government.

Another occupant told MAWA Foundation that he wishes to see the project abandoned, so they will continue to use it as their home.

The project being executed by the Federal Capital Territory Administration was awarded to Rafi Consolidated Service Limited.

Checks on the status of the company show that apart from its Facebook page, it does not have any traceable address.

Mr. Dahiru, an insider source who preferred only his first name to be mentioned, told MAWA  Foundation that the project was awarded for the sum of N400 million and disclosed that over 70 percent of the money has been paid to the contractors handling the project upfront and wondered why they have abandoned the project.

Miss. Chidinma Nkemakolam, a lady, who sells charcoal in front of the abandoned healthcare hospital told MAWA Foundation that the last time workers were seen on the site was two years ago.

She appealed to the government to complete the project saying it will give over 50, 0000 residents living in the community access to quality healthcare delivery.

Rafi Consolidated Service Limited is not the only offender, across communities in Nigeria, there are huge numbers of abandoned projects with money having been paid to contractors by the government.

Often, government officials award contracts to their cronies and in some cases to their companies.

The practice is that they collect the money, start the project, and simply abandon it midway.

In some instances, the projects are not commenced at all while government officials and contractors simply collect the money and disappear.