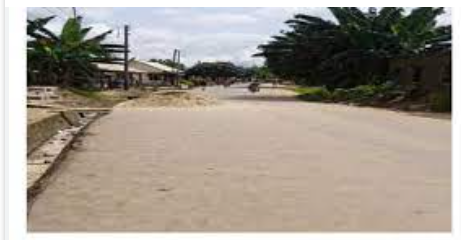 This is even as the company deals solely in poultry farming and has no single capacity to undertake road construction, and has no trace to have constructed any road.

Under the deal, NDDC awarded the construction of Nonwa-Bunutai-Afam Ukwu –Afam NTA Road at River State to Jocarl Investment Limited.

This is even as documents obtained from the Corporate Affairs Commission (CAC) by MAWA Foundation in a response to a Freedom of Information FOI request regarding the Jocarl Investment Limited status, show the company has no record to have carried out road construction.

The CAC documents show that the company that was registered on December 14, 2000, with its operational office at No.9 Eastern Byepass Ogbunabali in Port Harcourt the Rivers State capital, has Mr. Amaechi Lemchi, Mr. Amaechi Obinna, Mr. Amaechi Chikampa, and Mrs. Amaechi Judith Obiajulu.

A check on the Directors of the company shows it likely belongs to Mrs. Amaechi Judith Obiajulu, the wife of Mr. Rotimi Amaechi, the former Rivers State Governor and the current Nigeria Minister of Transportation.

When MAWA contacted Mr. David Iyofor, the Chief Press Secretary to Mr. Rotimi Amaechi, Nigeria’s Minister of Transportation, who is the husband to Amaechi Judith Obiajulu, who owns Jocarl Investment Limited, he declined to comment.

Worse still, online checks by MAWA, show Jorcal Investment Limited on its Facebook is a company that deals in poultry.

When MAWA sought the company’s explanation regarding the contract award, its official who spoke on the telephone, said the company deals in poultry and has nothing to do with road construction.

Denying its involvement in the contract, the official said

“as a matter of fact, Jocarl is not a construction company, it is a poultry company, we deal in breeding chicks for people that are rearing fowls and sell eggs”.

Two procurement experts who spoke to MAWA said the award of road construction to a company that prides itself as a Poultry Company by the NDDC shows the commission did not follow due process in the contract award and selection of the contractor. And, this is even as the Procurement Act 2007 and Fiscal Responsibility Act 2007, are both legislations that criminalize breach of procumbent process in Nigeria.

When MAWA officials visited the project site located at Tai-Oyigbo Local Government Area of Rivers State, we found the project was completed and delivered about six years ago.

A group of community residents led by Mr. Tanko who prefers only his first name mentioned said the road that links about six communities was completed and delivered to the community about six years ago.

NDDC is notorious for not accounting for funds under it, with many reports accusing the Commission of diverting public funds under its control.

The Nigerian state under the leadership of Mr. Muhammadu Buhari had ordered an audit report of NDDC. Although the government has since acknowledged that the audit report has been completed and handed over to her, she is yet to make it public.

Worse still, the reason for the government’s refusal to make the audit report public is not been communicated to the people.

This is even as the action of the government not making the NDDC audit report public, leaves many in dark regarding what was found in the audit report.

Add your voice to MAWA cause