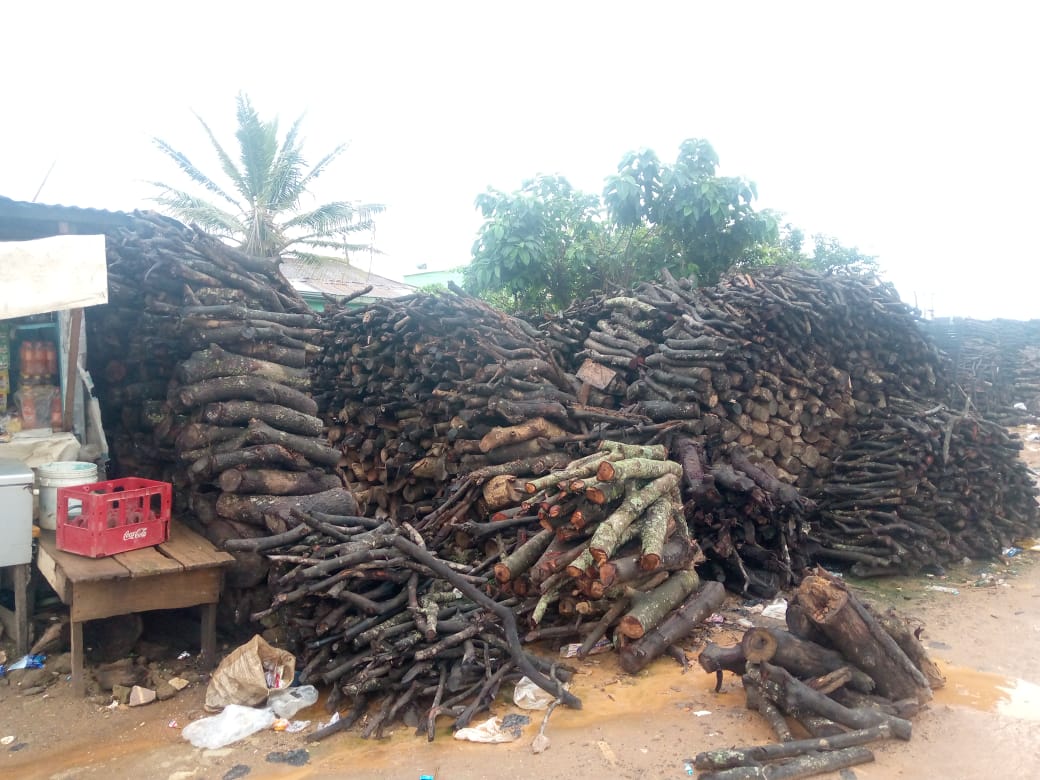 Although there has been a huge conversation and investments made in climate change at the global, national, and local levels, rural women in Federal Capital Territory (FCT) the Nigerian capital, do not believe climate change is real and consider it as fake.

For many of them, climate change discussion is nothing but connivance with the ruling elite to divert monies in a pretense of what does not exist and paint it as though it does exist.

Many of the women that participated in a focused group discussion organized by the MAWA Foundation that seeks to educate rural women on how cutting down trees, affect the environment and exposes it to climate change, say they do not believe climate change is a reality. They, however, believe that any attempt to stop them from cutting down Trees and selling firewood is a threat to their business and livelihood.

According to Miss Ali, one of the women that participated in the focused group discussion, this talk about climate challenge is nothing but government officials working out plans to divert public funds over a thing that does not exist.

“You see this your climate change talk, it reminds us of COVID-19 and Ebola. Government officials will go and meet Oyibo people, cook up lies and start diverting monies using dubious means. Quote me anywhere, climate change is fake” Ali said.

Mrs. Dogo, disagreeing with the reality of climate change, says it is a dangerous debate manufactured by politicians and the international community to steal and divert public funds using climate change as a cover.

“What the politicians and their foreign allies who push climate change discourse are trying to do is to make it sound like there is a debate – but in reality there is none, stop believing them,” Dogo said.

Besides the focused group discussion, out of the 48 persons MAWA interviewed at Lugbe, Kubwa, Bwari, and Dei-Dei communities in FCT, 18 said climate change is not real, 19 said they have not heard about it and 11 said it doesn’t pose a threat to livelihood.

Mr. Peter Akpan, a communication strategist who spoke to MAWA, says the women who participated in the focused group discussion are not alone. He pointed out that there is a good number of persons and communities who in spite of the huge amount of resources that have been put into climate change consider its existence as fake.

Akpan said the greatest problem is that the government and international community in project design, often fail to take into consideration how to address communication barriers which are responsible for the failure of many government policies and programs.

Mr. Akpan pointed out that government and the international community believe that presenting facts is enough for people to believe that climate change exists, but fail to address the psychological and cultural barriers which stop many from admitting what climate science is telling them

Contributing to the debate about climate change reality, Mr. Liberty Oseni, the Coordinator, MAWA Foundation pointed out that strategic and effective communication continues to be a huge challenge in climate change advocacy because a huge percentage of media reports frame it as doom or sister. And this narrative has to change.

From these findings, the Nigerian state and the international community must immediately redesign its climate intervention strategies, having effective communication strategies at the centre if they must get the locals to key into it.